The Story of the `Kozakkenhoeve´ (Cossack Farm)

The “Kozakkenhoeve”, a Saxon farmhouse built in 1743, is one of the oldest buildings in the village.
The most interesting period in its history was during the French occupation, when it sheltered Cossack soldiers in their fight against the Napoleonic troops.
In 1812, defeated and chased by the Russian army, the French soldiers fled back to Western Europe.
Coevorden, at that time a major Dutch border town, was still occupied by the French.
Together with the local farmers the Russian Cossacks besieged Coevorden but the French refused to surrender.
It came to several fights where one of the windmills was burned down and two Cossack officers were killed.
This was in december 1813.

The two officers were not allowed to be buried on the local graveyard, so the farmer at that time had no choice but to bury them in a corner of the farm yard.
According to local legend the soldiers were buried in two dough troughs.
Their death certificates can still be found in the provincial archive (their names unknown).
When the farm was renovated in 2001 and turned into a B&B guesthouse, the owners, to commemorate the Cossacks, baptised it into the “Kozakkenhoeve” (Cossack farm).
They also placed a wrought iron cross in the garden to mark the spot where the two Cossacks are buried.

(Document from the Municipal Archive) 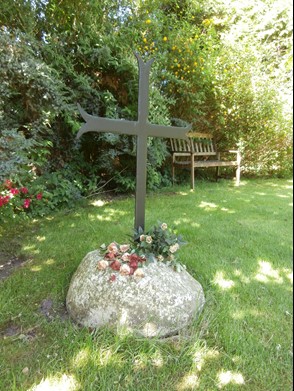 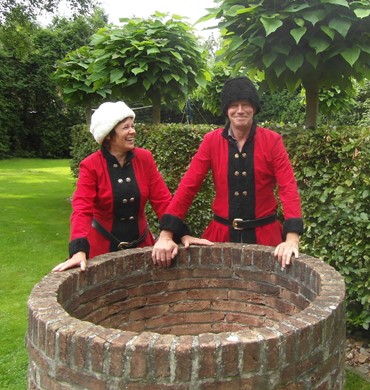